Ukraine and the Jews

The history of the Jews in Ukraine goes back over a thousand years. The Jewish community in the territory of Ukraine constitutes the third-largest Jewish community in Europe and the fifth-largest in the world. In Ukraine, the foundations developed for many modern Jewish theological and cultural traditions, such as Hasidic Judaism. While at times these communities flourished, they also faced periods of fierce persecution and anti-Semitic discrimination.

Ukrainian Jews consist of a number of sub-groups, including Ashkenazi Jews, Mountain Jews, Bukharan Jews, Crimean Karaites, and Georgia Jews. From 1640 to1650, the Cossack and Crimean Tatar armies massacred and took into captivity tens of thousands of Jews, Roman Catholics, and Christians. Hundreds of Jewish communities were completely destroyed.

In the following centuries, anti-Jewish riots and pogroms continued. During the Russian Revolution and War (1918-1920), an estimated 31,000 Jews were killed. In the years of the German occupation of Ukraine, about one million Ukrainian Jews were systematically killed. Remember the Babi Yar, Kiev, the massacre of 33,000 Jews by Nazis, in one location!

In the days of the Ukrainian unrest in 2014, the Jewish aliyah to Israel increased over 140% as compared to the previous year. Since then, security has improved. In the 2019 Presidential Election, Ukraine elected its first Jewish President, Volodymyr Zelenski. As the tension is rising again on the Russia-Ukraine border, an estimated 75,000 Ukrainian Jews may be ready to leave the country for Israel. 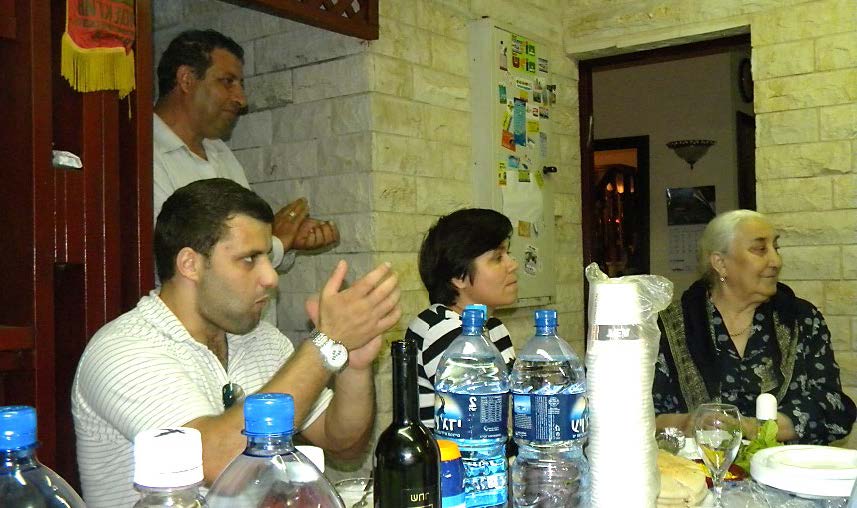 A Mountain Jewish family in Or Akiva hosted one of our tours for an evening of a multi-course traditional meal, music and friendship

“You will restore the foundations laid long ago; you will be called the repairer of broken walls, the restorer of streets where people live” (Isaiah 58:12).

CFI’s Wall of Prayer department is repairing and restoring spiritual prayer walls around Israel. As we align our motives and actions with God’s heart, we too can be the repairers that He intended. When CFI issued the clarion call to strengthen prayer surrounding Israel, prayer warriors from several continents responded. They faithfully cry out to God on behalf of Israel. They are like first-century believers. “All these with one mind were continuing together in prayer…” (Acts 1:14).

─Linda McMurray, Wall of Prayer Join us to “Restore the Walls” as we International  Directors pray with Linda (and others from the Jerusalem Headquarters) for spiritual coverage, protection, and guidance for the Israeli leaders and military, and peace over the Jewish nation. 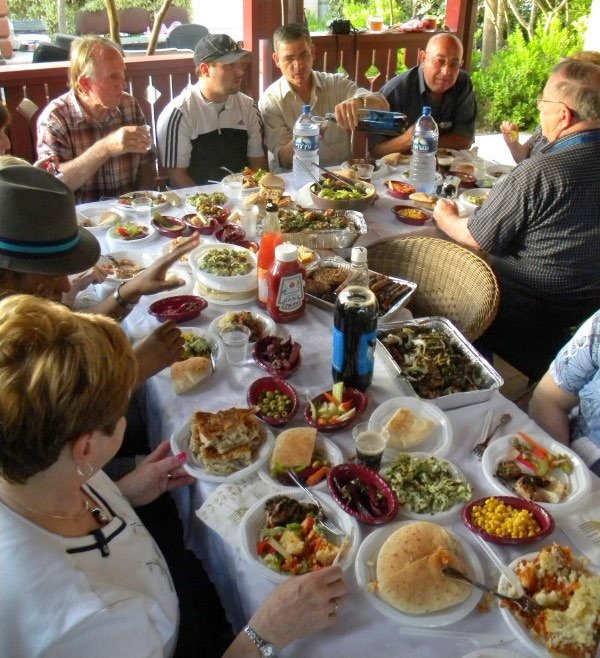