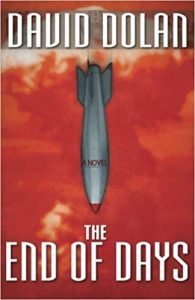 by David Dolan
A fact-based novel that ties current Mid-East events to biblical prophecies.
the story that ties current events in the Middle East to biblical prophecies. When Eli Ben-David and his best friend, Jonathan, are called up for duty in Israel’s armed forces, Jonathan’s wife, Sarah, and members of their close-knit Messianic congregation hold a constant prayer vigil. A massive Syrian chemical strike on Israel follows. The world is stunned when Israel responds by dropping nuclear bombs on Damascus. When a peace conference is held in Europe, a dynamic young prince emerges as a world leader. The exciting story continues as prophecies are fulfilled and events catapult the world into the final battle of Armageddon. Order both books for the full story!